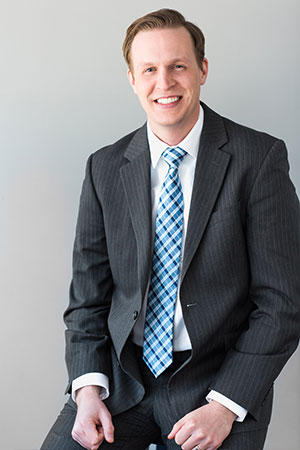 While in Law School, John was a member of the North Dakota Law Review. He was the Student Articles Editor for the 2012 and 2013 school year. John authored the Note entitled “Who are My Real Mommy and Daddy? Third Party Child Custody Determinations and the Need for Legislative Guidance in North Dakota with this Policy-Laden Area of Law” published at 88 N.D. L. Rev. 235 (2012) which in 2012 was chosen by the North Dakota Bar Foundation as the Outstanding Note for the year.

John lives in Grand Forks with his wife and children where he is involved with his children’s activities as a volunteer and spectator and serves on various committees with his church.